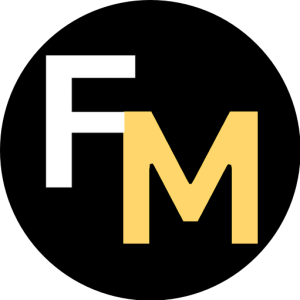 For man to be able to understand each other, he has to learn that two sides of him must be developed, that is, the development of ‘knowledge’ and ‘being.’ True understanding can not be a function of just knowledge. Knowing more doesn’t mean one understands more. Understanding is the product of the simultaneous development of knowledge and being.

First of all, there is a lack of self-knowledge; man does not know himself. Different levels of knowledge is a well-known phenomenon, but levels of being are considered to be equal among everyone. We can, however, distinguish a significant difference in levels of being between objects, animals, and humans. But we do not have an awareness of the different levels of being among humans themselves. Understanding means an understanding of a part in relation to the whole. But the idea of the whole can be very different in people according to their knowledge and being. This is why the system is again necessary. People learn to understand by understanding the system and everything else in relation to the system.

For that, we have to get back to the idea of seven categories of man. You must realize that there is a great difference between men No. 1, 2, and 3 on the one hand and men of higher categories on the other hand. Man 1, 2, and 3 his being is mostly connected to his center of gravity, instinct, emotion or intellect. Man 4, 5, 6, and 7 have developed a higher state of consciousness which accounts for a higher level of being.  Man no. 7, for instance, can see the way things are objective. His level of understanding is a function of his level of knowledge and his level of being.

The very foundation of thinking about different levels of being,  man comes from religious thought, where men were divided into pagans, unbelievers or heretics on the one hand, and into true believers, righteous men, saints, prophets on the other hand. In modern thought, people ignore the idea of being and different levels of being altogether.  On the contrary, we believe that it is possible to be a great scientist and be selfish. We admire artists for their originality and their unreasonableness. It is almost as if the more discrepancies and contradictions there are in a man’s being, the more interesting and brilliant we consider him to be. One cannot be a great thinker or a great artist with a perverted or an inconsistent mind, just as one cannot be an obese prizefighter or a circus athlete.

If knowledge outgrows being or vice versa man ends up with a distorted and one-sided development. Nothing worth having can be expected from that. You can know what to do, but lack the level of being actually to do it. You can have the right level of being to do, but lack the knowledge on what to do. When knowledge has outgrown being, the results can evolve into dogmatic thinking. When being outgrows knowledge, the result can take the form of superstition or emotional instability.

PrevPrevious#18. Psychology of Self Remembering
Next#20. Ouspensky’s EpilogueNext